Create an Account - Increase your productivity, customize your experience, and engage in information you care about.

Cecil Willis, Jr. is a nati 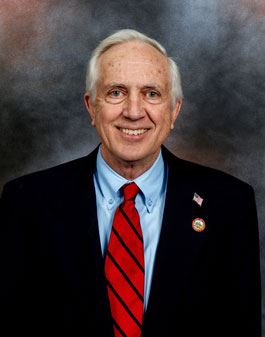 ve Texan born in Comfort, Texas. Cecil grew up in San Antonio, Texas. He graduated from Texas A & M University with a B.S. degree in Horticulture in 1966. After graduating from Texas A & M University, Cecil went to work for the City of Houston Parks and Recreation Department for almost 6 years. He worked in the private sector in the landscape/maintenance field for 1 ½ years and then went to work for the Quail Valley Homeowners Association as its Executive Director where he stayed for 39 years until his retirement.

Cecil enjoys being with his family, working in the yard, working with livestock and helping young people with their FFA and 4-H projects. His real love is Texas A & M football and any other Texas A & M function or athletic event.

Cecil has served both as a representative and alternate to the HGAC Board through the years. He continues to serve as an alternate to represent our Home Rule Cities’ interest. Cecil currently serves as Vice-chairman and an active member of the Fort Bend County Mayor/Council Association. Cecil is also actively involved as chairperson and member for several city committees such as the Parks Committee, Technology Committee, Legislative Committee and the Stafford Centre Committee.

Cecil was an integral part of the creation of SMSD, the 90A Mobility Project as well as the Stafford Civic Center, Stafford Pool and the Stafford Centre.